This includes a lifetime warranty and your car will run smoother and quieter with this Fluidampr and clutched alternator pulley.

The Fluidampr harmonic balancer also fits many European and International models equipped with the M57. (scroll down for an application guide)

Shortly after releasing the Fluidampr we quickly learned that most vehicles had a noise/vibration on the serpentine belt. This vibration is caused by the alternator having a solid metal pulley instead of a decoupler pulley that is found on many alternators.  We will be providing these decoupler pulleys with Fluidamprs, this will eliminate all noise and vibration providing you with an exceptionally smooth running and quiet vehicle.

Want research info and stats for the benefits of a Fluidampr?  Checkout our write-up here

Options: (Please Click on photos to remove or Add Items)

All tool rentals held more than 2 weeks will not be refunded.

FAQ SECTION: This will be updated as time goes on
Q: What does the Fluidampr unit weigh in comparison to the stock unit?
A: The Fluidampr unit is 15.6 lbs. and I just weighed my stock unit, it is also 15.6lbs
However, with any viscous type damper there is a rotating weight factor as during engine operation our internal inertia ring stays suspended in the silicone fluid thus relieving the crankshaft of this weight. Rotating weight for this unit is 10.4 lbs.

Also, it is important to note: when dealing with a harmonic damper (balancer) you must have the proper amount of inertia mass (weight) in order to control dangerous torsional vibrations. General rule of thumb (there is a limit) a heavier damper will do a better job at absorbing crankshaft twist thus reducing the amount of vibration being put back into critical engine components. Time and time again we have done h.p./torque comparisons vs. lighter OEM dampers and put down higher h.p./torque numbers on the dyno as well as overall torsional improvements.

Q:What is the correct bolt torque? 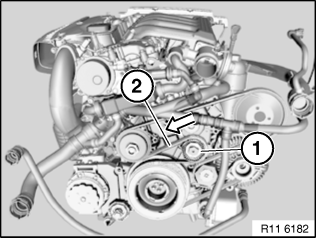 Q:How do I use the belt tool?

Q:Where do I insert the crankshaft lock tool?

A:Driver's side of the engine block, above the oil pan, under the crankshaft sensor. There may be a grey rubber plug you need to remove. Press the tool in the hole, while turning the crankshaft, the tool will find a hole in the flexplate and keep it locked.

DO NOT forget to remove the tool before starting the engine! 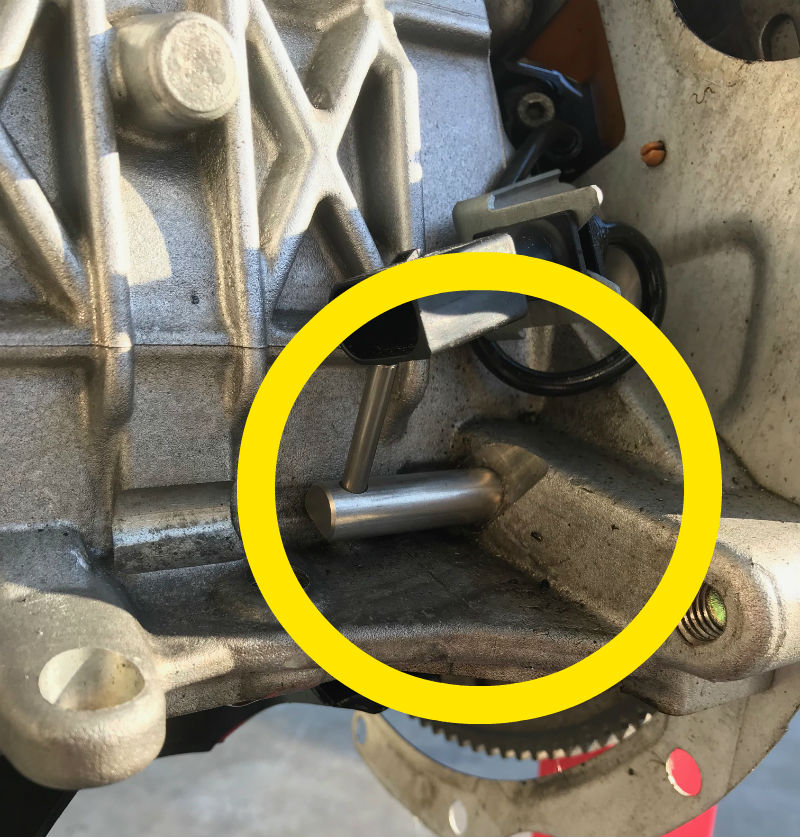